North Campus of the University of Michigan - arctangent

North Campus of the University of Michigan

With this, as with all my galleries devoted to different parts of the sprawling campuses that comprise the University of Michigan, I am attempting to showcase the art, architecture, landscaping, and other visual features that contribute to a person's experience of being in these environments. Despite an association with this wonderful institution that dates back more than forty years, I have so far taken relatively few photographs of the place. Now that I live in Ann Arbor, I plan to rectify that omission.

This particular gallery deals with various places in the north campus area, which is dominated by buildings connected with the College of Engineering. It is not intended as a compendium of every single building, work of public art, etc., to be seen there. Few of these buildings were even built when I was in school at the U of M, so my interest in the buildings and grounds arises from a general interest in art and architecture and landscaping.
Read More 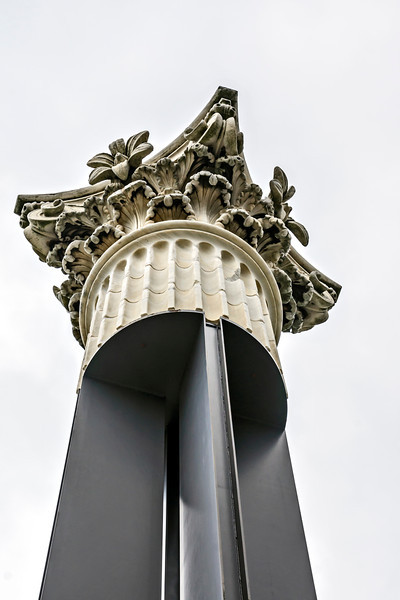 Corinthian capital, detail of the Lorch Column, U of Michigan

D208-2013 Detail of the Lorch Column, Corinthian capital.
Quoting from http://www.public-art.umich.edu/the_collection/campus/north/22
"Acquired through the efforts of Emil Lorch. The Corinthian column was made for the Home Office Building of the Mutual Benefit Life Insurance Company of Newark, NJ, but was never installed on the building. Gift of Colonel William Starrett (class of 1897E) of New York. The truncated column was originally installed in the courtyard of Lorch Hall (the original home of the College of Architecture; see second thumbnail). In 2007, the column was moved to North Campus, mounted on a tall base, with a steel element inserted to raise the column to what would have been its original height had it been installed on a building"