I have collected in one place all of the montages I created for the 2013 alphabet or ABC challenge. The unifying theme for many of the entries was local or regional sights
Read More 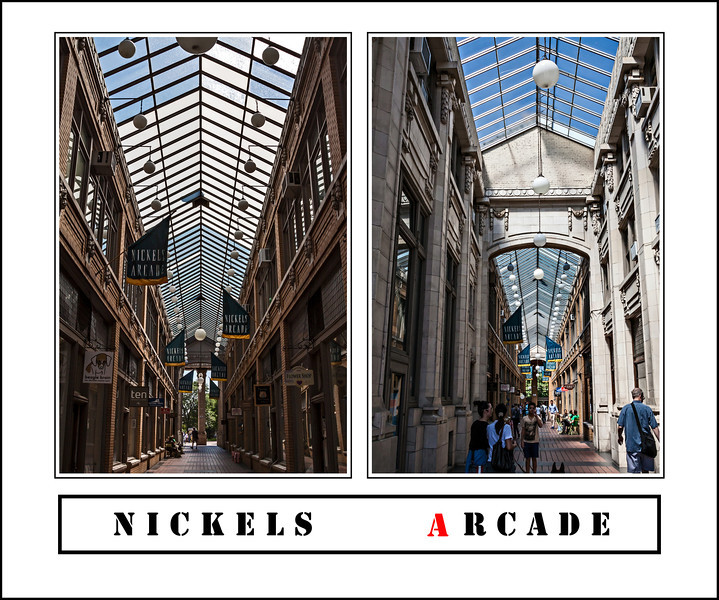 A : Arcade - A roofed passageway or lane, especially one with shops on one or both sides

Nickels Arcade, built in 1918, is a landmark among the commercial buildings that surround the University of Michigan's Central Campus. It connects State Street and Maynard Street, with its east entrance opposite the intersection of North University and State Street. It has always been home to a variety of specialty shops. A few of the ones that were there when I was in graduate school are still in business in the Arcade. Over the years I have spent happy times shopping and window shopping in the various stores along this walkway, as well as sheltering from sudden storms, or from bitter winter winds.

These two views were taken minutes apart on July 12, 2013. The left side is the view facing eastward, toward State Street. Obviously then, the right side is the west-facing view. For views of the separate images in this montage, as well as other views of Nickels Arcade, see here: http://arctangent.smugmug.com/Places-Near/Ann-Arbor-Locales/Nickels-Arcade/30529491_ShbdMF .